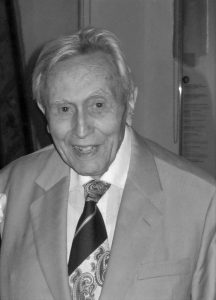 Our dear friend Felix Kolmer, Holocaust survivor and Vice Chairman of the International Auschwitz Committee, is dead. He passed away on August 5 in Prague at the age of 100. For many years, he served as a member of our board of advisors. We will miss his quiet friendliness, his sensitivity, his perseverance and his wisdom. As a contemporary witness he told his story numerous times and especially reached out to the young generation in Germany and other European countries. He even didn’t shy away from engaging in discussions with Neo-Nazis and right-wing extremists. Until the very end he worked for reconciliation. Even though, Felix Kolmer lost his mother and many other family members during the Holocaust, he refused to let his life be poisoned by hatred. But he insisted that we shall never forget.

Felix Kolmer was born on May 3, 1922 in Prague. After finishing school, he started training as a carpenter. In 1941 he was selected by the Nazis to be part of the construction command that was forced to convert the fortress of Theresienstadt into a ghetto and concentration camp. Kolmer joined a clandestine resistance group and in 1944 was deported to Auschwitz. He managed to jump on a train to Friedland, a satellite camp of the concentration camp Groß-Rosen, where he was liberated. After the war, he studied physics and specialized in acoustics. Kolmer became the director of the Institute of Experimental Acoustics, Optics and Typography and also taught at the Technical University in Prague.

Felix Kolmer worked tirelessly for the reparation of Holocaust survivors in Czechoslovakia. In addition to his position at the International Auschwitz Committee, he also served as the Vice Chairman of the Jewish Community in Prague.

We will miss Felix Kolmer’s kindness, his smile, his calm yet determined way of handling things. May his memory be a blessing. We will honor his lifelong example and his spirit by continuing our work of fighting against hatred, discrimination, ignorance and anti-Semitism by means of art and education. 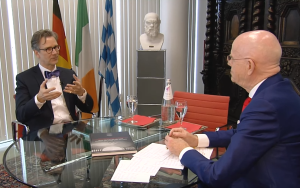 On April 23, Munich entrepreneur and patron Erich Lejeune invited Elysium's program director Michael Lahr von Leïtis to his show. The conversation focused on the fascinating life and work of the great theater man Erwin Piscator. Time and again, the founder of political theater had to start over: in Berlin after World War 1, in the Soviet Union in the early 1930s, on the run from the Nazis in Paris and later in New York, and in the early 1950s in the young Federal Republic. But through all the struggles and strokes of fate, he remained true to himself and his ideals. The quintessence of his theater is more relevant today than ever: "Reverence of man for man." Piscator's artistic commitment deeply influenced Elysium's founding artistic director Gregorij von Leïtis and continues to motivate us today. Art connects across borders; art directs our gaze to the interpersonal; art is able to present us with an ideal of what people can be in the best case. The program is available on our YouTube-Channel.

A Book for all Theater Lovers and Music Enthusiasts 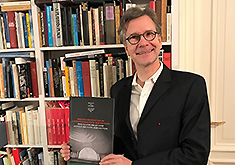 Bertolt Brecht once said: “Piscator is the greatest theater man of all time. He will leave a legacy that we should use.”

What is Piscator’s legacy?
What significance do political and social issues have on stage today?
How can the relationship between arts and politics be determined?